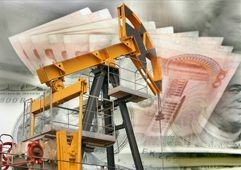 Anolyte and Catholyte solutions have been used for stimulation and enhancement of oil and gas production and to improve performance of drilling fluids. Anolyte is a highly effective alternative to bactericides that are non-biodegradable or bio-accumulative. As a bactericide, Anolyte is selective, targeting bacteria responsible for microbial induced corrosion and slime while being safe to humans. Catholyte has been used to replace diesel oil as a cleaning solution for drill bits and tools on site.

Envirolyte anolyte solutions can be used to enhance production from wells which have been impacted by down-hole growth of bacteria, and other micro-organisms, by killing the bacteria and removing the restrictive biomass.

Water used for the fracturing of oil and gas wells can be treated with anolyte solutions to manage bacteria, protecting fracturing fluids and gels, and ensuring polymer and improved performance. Anolyte solutions remove scale and slime build-up from pipes, and cooling water systems can be kept free of biomass, improving heat exchange values and eliminating corrosion caused microbial induced corrosion (MIC). Produced water may be treated before being revised in stimulation fluids or water floods.

Recent data collected from field operations where frac water was treated with anolyte, shows that the bacteria levels in the frac water were reduced below the threshold level that would adversely impact stimulation fluids and gels.

Important note: The dosing regimes advised above depend on the source water and may vary depending on the contamination of the treated objects or, in other words, FAC demand. It all may influence the dosing and result in higher volumes of anolyte.

So far introduction if this enhanced oil recovery (EOR) technology to the industry was hindered by the absence of generators capable to produce big volumes of the fluids (1000 LPH - 6000 LPH). By now Envirolyte has developed this type of anolyte/catholyte generators and made them serial products. A typical Envirolyte EOR system is highly compact and easy to install within exciting pipework with minimal disruption. In addition Envirolyte EOR technology does not produce any unwanted products. Moreover, what makes anolyte and catholyte application in oil & gas industries extremely attractive is production cost of anolyte/catholyte.

* This information is taken from generic data in the public domain. The treatments using Envirolyte Anolyte – trade name Envirolyte O&G (EPA-registered # 87636-1) - are dependant upon the oil shale’s and are commercially sensitive information.

Generally, anolyte and catholyte solutions have been effective in the management of bacteria and other micro-organisms in oil and gas production. Working with Envirolyte equipment and solutions in the oil and gas industry, it is now possible to utilize this unique EOR technology to improve production and profits and do so in an environmentally responsible and cost effective manner.

For instruction details or applications please send Your enquiry